Mission completed before the flight of DM-2 and |Crew 1

SpaceX is going to conduct an in-flight abort key flight test of its Crew Dragon spacecraft, a vehicle designed to carry astronauts to and from space. The successful in-flight Abort Test will be another flight test of SpaceX’s revolutionary launch abort system, and the data captured here will be critical in preparing Crew Dragon for its first human missions in 2020.

This flight test will simulate how Dragon would carry astronauts to safety if an emergency occurred during early flight on a Falcon 9 rocket. Crew Dragon’s abort system is powered by eight SuperDraco engines, each of which produces about 15,000 pounds of thrust. The engines are integrated directly into the sides of the vehicle rather than carried on top of the vehicle as with previous launch abort systems. This configuration provides astronauts escape capability from the in flight rocket all the way to orbit and allows the spacecraft to use the same thrusters to land propulsively on land at the end of a mission. 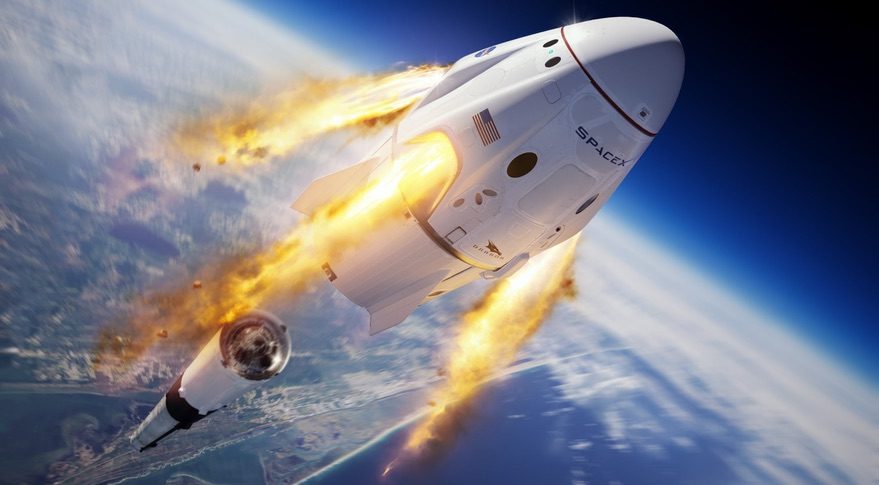