Currently Out Of Stock
Notify me when this item is back in stock.
NASA Launch Services Program Pin Badge - MMS

This NASA Pin Badge measures approx 30 mm in diameter and is complete with descriptive card. 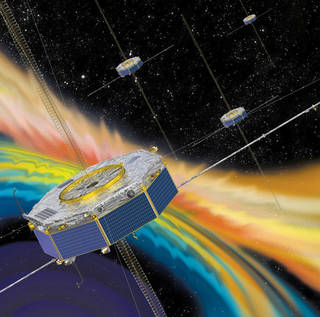 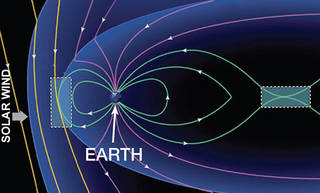 Magnetic reconnection is a phenomenon unique to plasma, that is, the mix of positively and negatively charged particles that make up the stars, fill space and account for an estimated 99 percent of the observable universe.

Reconnection occurs when magnetic field lines cross and release a gigantic burst of energy. It is a fundamental process throughout the universe that taps energy stored in magnetic fields and coverts it into heat and energy in the form of charged particle acceleration and large-scale flows of matter. However, magnetic reconnection can only be studied in situ in our solar system and it is most accessible in near-Earth space, where MMS will study it.

Several spacecraft, such as THEMIS and Cluster, have already sent back tantalizing data when they happened to witness a magnetic reconnection event in Earth's magnetosphere, but besides MMS, no mission is currently dedicated to the study of this phenomenon.